Camera Raw
Photographers - who do not use Lightroom - will really like this part. A few new features are incorporated in the new “Adobe Camera Raw” window of which the power of the raw images will benefit. The sliders were adjusted as in Lightroom 4 and you can locally make adjustments to your photo.  You can even attack the noise locally. Personally,  I stick to Lightroom for my photos, but I do notice that for processing 1 photo, Camera Raw in Photoshop CS6 is a good alternative.

Crop
The "Crop tool" or the way to crop your photos has completely changed. Once you click on the tool, your photos come to layer behind a transparent layer and the user drags the corners to the desired result. As with the rotation of the picture, the picture is now running backward and you should not turn your head to see the result.  Still, for me, I don’t get used to it. Everything seems logical, but maybe I should just use it more often.

Actions
Actions are the macros or VBA within Excel. It is a way to have Photoshop automatically perform certain actions. So if you have for instance a whole series of photos to resize and watermark to set up, you can do this each time for each photo, but you can also record an action doing the first picture and then replay automatically the same actions on the other photos. I often use this feature. Now, the possibilities are even more extensive because also the movements of the "brush" (paint brush) and even menu choices, may be included.

Price
Because Photoshop is a very powerful package, you have to pay a solid price. Photoshop CS6 is available for € 799 or € 1,150 for the extended version.

As stated earlier, you have to € 49.99 / month (one year contract) the whole series (Master Collection just under € 3,000).  Therefore if you plan to update every 14 months to the new version and use more than just Photoshop, consider the Creative Cloud!

ILLUSTRATOR
Adobe Illustrator is pretty much the standard package for vector drawing, what Photoshop is for editing photos. Illustrator is used everywhere in the most diverse fields of textiles to automotive and from advertising to printing. Because vector is drawn, you can rescale so infinitely and yet it becomes so easy to work with very large files that weigh like a feather. 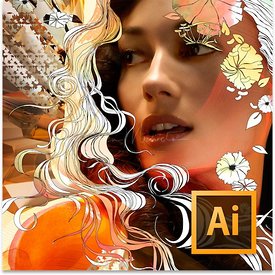 Because the previous editions received great novelties as the "Gradient Mesh" in version 8 or the ability to work with multiple "artboards" in CS4 or the "Perspective Grid" in CS5, the expectations are very high for CS6. This version was also drawn by the new facelift and was mainly focused to speed, but there are also some minor adjustments.

New interface
The first time you open Adobe Illustrator CS6, you will immediately notice the new interface. Do you work already with Photoshop CS6? You will not be surprised anymore, because the standard is the same color - dark gray. As in Photoshop, you can change this default color settings (Illustrator - Preferences - User Interface). This interface will not change the world, but it's nice that you have the "look and feel" of your professional package and that you can adapt to your own feeling and idea of working. Again, I prefer the fairly light colors, but that's personal.

Speed and specifications
When you open for the first time a complex file with many layers, effects and thousands of vector points, the speed is immediately noticeable. This is because the CS6 version of Illustrator now fully works on 64-bit for both Windows and Mac. Of course your computer must support this!

Open that file in a complex modern laptop with 4GB (Adobe prefers least 8GB), the difference will be noticeable, do you open the same file on a Mac Pro with 32GB, then the program flies! Crazy to see ...

New Features
Until now, we have only talked about the new interface and speed improvements, but there are other things that have changed or added. From now on, you can use a gradient or stroke! The possibility to add gradients on brush strokes makes the possibilities unlimited. So you can now conduct this to both diagonal- and even an artistic brush line you have drawn yourself. Isn’t this a great addition of CS6? Yes and no ... Yes, because it is indeed a great addition, but not because it is not the only addition.

Applying the gradient on a line, you can obviously decide in full transparency, but also in width and color. Using the new options in the palette "Gradient" you can completely release your artistic freedom.

The "killer feature" of Adobe Illustrator CS6 remains "Pattern Creation Tools". It may not sound as sexy as Photoshop Content-Aware Move or 3D functionality, but it's really great! Patterns are created by designers on a daily basis and  until CS6 this remained a very clumsy job. After making your objects, you had to "Edit - Define Pattern" and so on. If you later wanted to edit the pattern, it was hard. CS6 changes all that! The killer feature is the ability to double-click on the pattern and at any time and re-edit the pattern.

Price
Because Illustrator is a very powerful package, it is quite expensive.   Illustrator CS6 is available for € 716.19 or € 285.87 for the upgrade version.

As stated earlier, you have to € 49.99 / month (one year contract) the whole series (Master Collection worth just under € 3,000). If you plan to update every 14 months to the new version and use more than just Illustrator, consider the Creative Cloud! 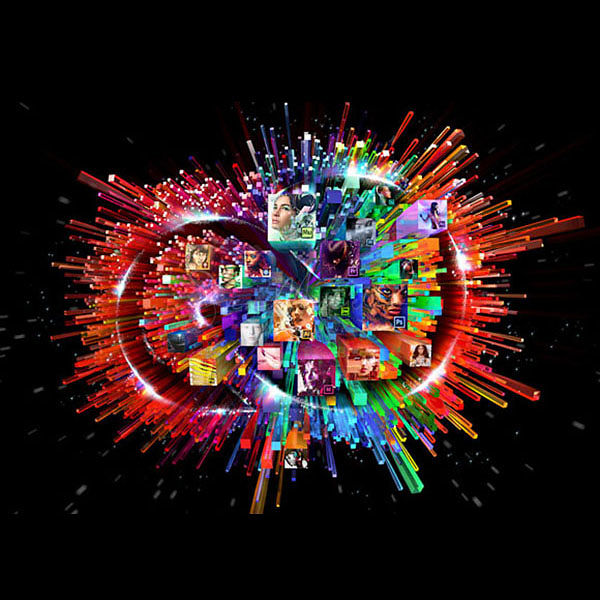