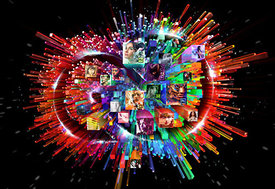 A few months ago, Adobe has launched the CS6 together with the in the meantime famous "Creative Cloud".   Since the  creation in early 2003, this name is used to summarize a collection of programs used by the creative people on the entire planet. 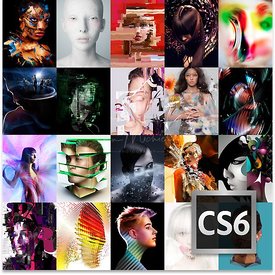 As you see, this is a whole range of packages which I can not review completely and this for two reasons: firstly, it would be a review of more than 100 pages and secondly and honestly because I do not master all these programs.

CREATIVE CLOUD
At the launch of CS6, Adobe came up with a new way of using Creative Suite. Rather than buying the software (in a box), Adobe created a system that from now on creative person use the software and remain up-to-date all the time.

Going back in time:
Until the launch of Creative Cloud, many designers were stuck to the version they bought in the beginning and upgrades were too expensive. This led to incompatibilities which only brought more frustration ...

Adobe’s remedy and ideal solution was that everyone used the most recent version. Great plan, but wouldn’t this have huge financial consequences ? 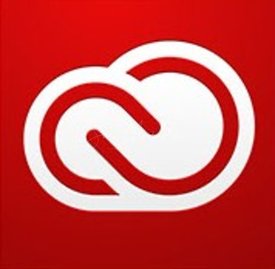 What is Adobe Creative Cloud?
As already mentioned, Adobe Creative Cloud is a way to download the different Adobe programs on your PC through paying an annual- or monthly sum. You don’t have to buy a CS version in a box anymore neither you will have to buy more expensive upgrades, you simply keep up-to-date by downloading the updates and you only install the programs you need.

What programs are included and how does it work?
First, it is important to know that you DO NOT have to work online. So you can just download the programs you need to your PC and work with them offline. Once you have created a login (and have paid your bill!), you get access to the download page and select the desired program from the list. This list is more extensive than the Adobe CS6 Master Collection, which includes Photoshop CS6 Extended, Illustrator CS6, InDesign CS6 and also the online services for file sharing: Cloud Storage, Business Catalyst, Typekit & Story Plus.  At this present moment Lightroom is not available, but at the launch of this review probably it will have been added to the list.

After downloading the program, you are ready to start working.  The "Cloud World" is waiting for you and within the same package you can upload your work to the cloud storage (2GB included) and synchronize to your other PC’s, to your friends and even people who do not have Creative Cloud.

Is this payment plan necessary?
Everything has it’s supporters and opponents, but the idea that you dispose always of the latest version even for minor updates, sounds to me as a great advantage. If you use only one or two programs from the whole package, it can however be quite expensive.

What is important to know that your payment plan provides access to both Mac and Windows versions of each program. You can install everything on 2 computers!

Knowing that only Photoshop CS6 Extended will cost you already € 1150, I think the price is very reasonable.  It remains a lot of money, but since you are always up-to-date (even if CS7 comes out) and knowing that you can pay the amount per month is certainly to be considered as an excellent deal (I'm talking mainly about the annual contract).

PHOTOSHOP
Those of you who are expecting in Adobe Photoshop CS6 a whole range of new features, will be disappointed. This version has only changes in the engine-room.   A few new tools, but it's working a lot faster! 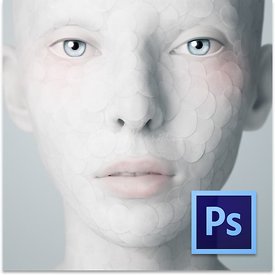 Speed
The version of Photoshop CS6 calls on your graphics card. If you have a very good graphics card, then you will experience that speed.  Just try it out by running the "Liquify filter" on a picture and repeat the same operation after the upgrade. Pretty cool huh?

Of course, all other hardware needs to be also sufficient, so foresee a good processor, hard drive, and many (many) RAM. To run this software you must at least dispose of a Mac OSX 10.6, 1Gb ram memory, but if you really want to see the power, you need more like 8 or 16GB. On my Mac Pro (32GB) the "Liquify filter" runs really easy.

New interface
The first time you open Photoshop CS6, you will immediately notice the new interface. Now, the user has the choice between the standard almost black to light gray interface. You can give Photoshop the same "look and feel" as Lightroom and leave the standard black tone or lighten the color to gray just what like in the previous versions. Personally, the black in Lightroom is not bothering me, but for Photoshop I find it too dark. Outside the general color structure, the skilled Photoshop user will also notice that some icons are re-drawn. 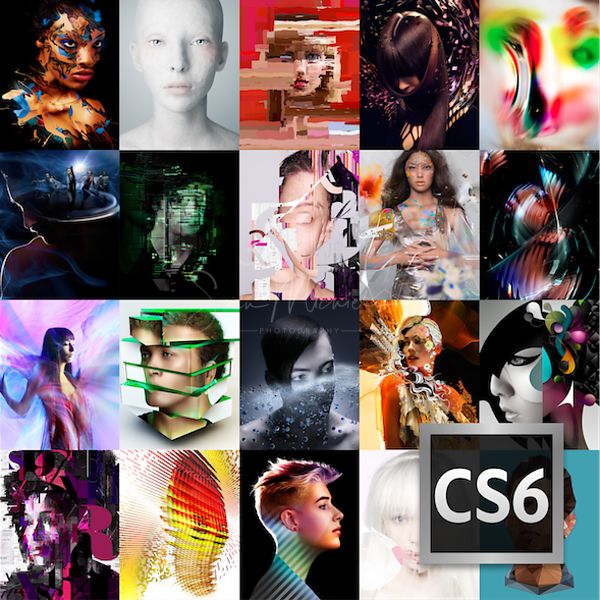