Some time ago, Solid State Drives (SSD) where new and they were a real hot topic for all kind of reviews.  For me, now the time has come to do so, as prices have dropped significantly and capacity has increased enormously.  Any average citizen can now purchase the discs and they are no longer reserved to the few very successful people amongst us. Today SSD’s costs around 1,5 to 2 Euro per GB, which means that prices presently are about 180 to 250 euro for a 120GB SSD. 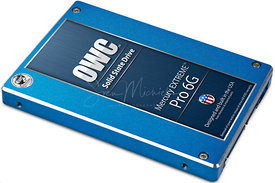 As I’m a Mac Pro user, I had not only to look for a SSD Mac compatible (which most of the SSD’s are) but I needed also a special bracket in order that the 2.5" SSD could fit into the special brackets on my Mac Pro which are originally meant for 3.5" drives. Supplier "Macupgrade" was however kind enough to deliver an “OWC Mercury Extreme Pro 120GB SSD 6G” and a special bracket "NewerTech AdaptaDrive" for a short review. 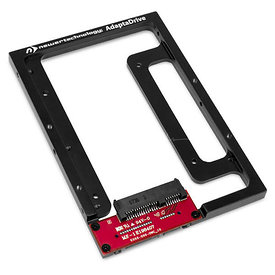 Installation
On a sunny Friday morning the courier delivered a small box containing the two components (SSD & bracket). In the box of the bracket were beside the jet-black bracket, a few screws to fix the SSD to the bracket. The SSD was wrapped in a plastic cover. The bracket has a small chip plate with the SATA connectors. There’s only one way to place the SSD on to the bracket, but you will have to do it gently since SATA connectors are somewhat fragile. Once the SSD is inside the connectors, you only need to use 4 screws to fix the SSD on the bracket. It's really easy! Once the SSD drive is stuck on the special bracket, you just have to fix the bracket with SSD on the Mac Pro bracket, but this is a matter of fixing four built-in screws. Slide the whole assembly in the Mac Pro.

Attention:
To fix all these screws, you’ll need a small screwdriver, which isn’t included! 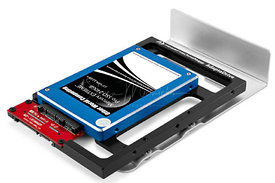 Configuration
Once everything is in the Mac Pro, the SSD need to be formatted and the OS X Lion must be installed, as well as my personal programs. Therefore, I deliberately chose to only install OS X Lion and the programs on the SSD and to put the documents, pictures and other items on a separate disk.

I start my mac and hold the "C" key (an OS dvd inside the dvd-writer!). The cd launches the Lion startup and walks you through the various menus. I started formatting the SSD. When OS X is installed on the SSD, which takes about 20 minutes in total, I start with the personalization of Lion and the installation of my programs and preferences. This took a few hours.

Speed
As the internet is overloaded with speed tests of SSD vs "regular" SATA HDD, I will limit myself to a few measurements and personal ideas about this. You will not find any tables with equations in which the SSD is faster / slower than other discs in this review.  My intention is to give you some basic speed tests. 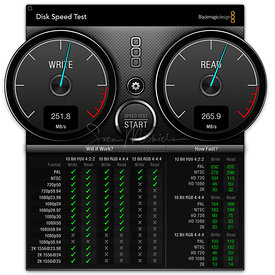 First, I must admit that my Mac Pro does not use the 6G technology used in the SSD. The latest Mac Pro and MacBook Pro use this technique. Do you work with 6G, the SSD can reach speeds up to 559MB/sec (read) and 527MB/sec (write). I have to deal with about half of the speed - 284MB/sec (read) and 266MB/sec (write). All these according to the specifications, but let’s see how much the actual values represent.

My Mac Pro right starts now in around 30 seconds, where before it took over 1 minute. Shut down took 23 seconds before and is now done in 7 seconds!   To judge all programs would make this review too long, but I will give you some examples: Apple applications like iTunes and Safari opened earlier in 10 and 4 seconds and will open in 1 second now. Graphic Adobe products such as Lightroom 3 and Photoshop CS5 opened earlier in 23 and 15 seconds and now in respectively 5 and 2 seconds. This is really amazing!

Conclusion
The OWC Mercury Extreme Pro SSD SSD 6G will provide a useful speed at startup and shutdown. Launching programs provide a huge speed improvement!  The capacity of 120GB is perfect for the operating system and your programs. Do you also have your photos and documents on the same disk, then I would recommend a larger (and unfortunately more expensive) version. The special bracket "NewerTech AdaptaDrive" is a simple but very effective solution to use a 2.5 "SSD drive in your Apple Mac Pro.

Do you want more information about any of these products, check out the following link.

Temporary 10% Reduction (Ends on December, 1 2011)
When you want to buy some products at the Macupgrade store, you can have 10% reduction only by using this code “macupgradessd”! This code is accepted on ALL products in the store. 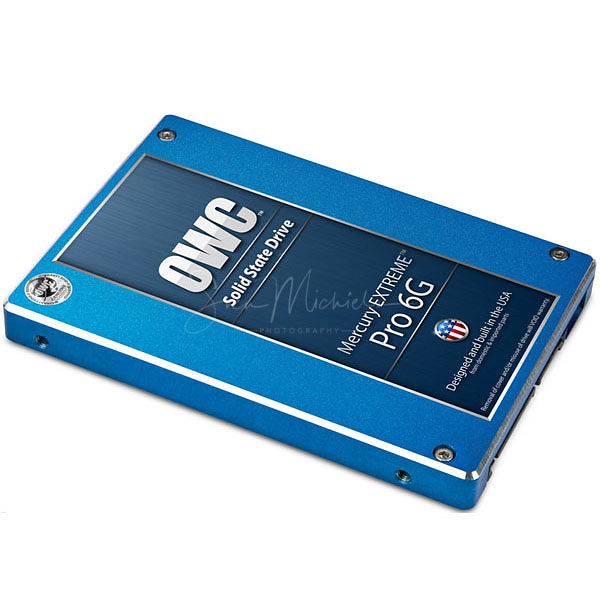