It has become a yearly tradition that Apple is launching a new member of the iPhone family, this time with the little original name iPhone after the previous editions which were called the iPhone, the iPhone 3G and the iPhone 3GS. 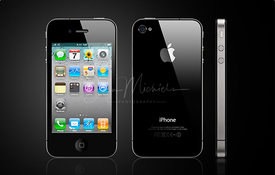 Expectations
Many new iPhone 4 features were already available on Smartphones of different brands and can therefore hardly be called “innovative”. The easy handling of het iPhone4 however is unseen before and the other brands are far not able to do as such.  It was said that iPhone could beat every Smartphone on this point, so I was quite curious to find out myself during a whole month test period if the iPhone 4 could really be the best Smartphone ever seen.

Build quality
The new iPhone 4 is certainly the most compact Smartphone of the large high end range. Compared to the 3GS, the new iPhone is less thick and only a few grams heavier. The two most important things I discovered during the 4-weeks test period is on the one hand the durable feeling of this product and on the other hand, the septic feeling about the glass used at the front and the back. These glass parts are indeed very sensitive when the iPhone would fall on the ground and they are also directly responsible for all finger spots and sweeps although I must admit, that the glass can be cleaned quite easily.

Glass and steal
Like said before, Apple used two materials for the iPhone4, namely glass and steal. At the front and back you will find glass and the border between the glass parts has been made of steal and is including all knobs and also the famous antenna on which I will comment later. When you take a first look at the front, you’ll find an almost identical view like all other iPhones. The back part is however is also made of glass and that is new! Also new is that the 4th generation of the iPhone family is at every point identically thick or thin, as you want. You can therefore put the new iPhone a lot easier in your trousers. Due to the scarper corners, you need to get used to this new shape. The corners are not so round as in the previous versions (2G, 3G and 3GS) and you really need to get used to this new shape.

Knobs
Apple didn’t change the front of the iPhone, so the home knob is as usual in the middle at the bottom and at the top, the audio jack and on/off knob are still present. At the left side, the volume knob is now split into two separate knobs and at the bottom you can find the famous antenna. All knobs are made of the same steal as the border of the iPhone. 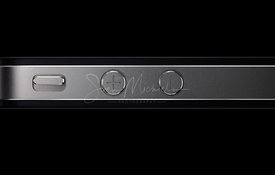 From iPhone OS to iOS
Together with the launch of the new iPhone 4, Apple launched the new operating system, called “iOS4”. Apple plans to integrate this operating system into the iPhone, iPod Touch and the iPad. Some rumours tell us that it will also be used in the new Apple TV.

Multitasking
The most important feature in the iOS4 is “Multitasking”. You can open an application without closing another. You simply double click twice on the “home” button and select another application. You can f.i. check your mails without closing the navigation program, but this is of course only one example.

Mail
Another important improvement is certainly that in one central emailbox you can view mails from different accounts.  For the business user, it is good to know that you can add as many Exchange accounts, as you like.  Furthermore, emails can now be linked just as text messages, a feature that we knew already from previous versions.

FaceTime
With the introduction of the front camera, Apple launched at the same time “Facetime”. When you are calling, you can indeed click on the Facetime button and start a videoconference. The system works perfectly, but there are two important conditions: both users need to have the new iPhone 4 and a wifi-connection with internet access should be available at both ends. In many cases, one or both conditions are not matched and the videoconference cannot be established at that moment. A good planning is useful in order to do so, but it is completely free without charges, except from an activate cost of 0,21 Euro. 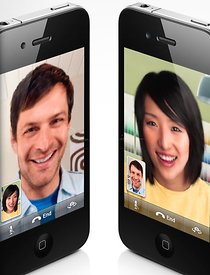 Camera
Apple upgraded the camera in the iPhone 4 from 3,2 megapixels up to 5 megapixels. This update was needed to keep it in the race with the other brands. The new flash is a led flash and not a Xenon flash like many other brands. The flash can be used for pictures and videos. All videos have a resolution of 720p and shot with a frame rate of 30fps. Only a high segment Smartphone can offer such a high specification!

A short test with and without flash shows nice images with outstanding quality. The automatic flash becomes active only when it is really dark, but you should always remember that you are working with a Smartphone and not with a DSLR!

'Death grip' and battery
The hype around the new iPhone was never so huge as for the launch of the last iPhone. Unfortunately, the hype around the famous “death grip” was almost higher. The death grip problem is a drop of signal due to holding the iPhone in your left hand. In some cases, signal would become less powerfull or would fall down completely. In intensive marketing campaigns, Apple first tried to deny the problem and then hasten to inform the all world that iPhone was certainly not the only smartphone with a drop of signal. During my try-out, I was however not able to create a complete drop of signal, at worst a drop of 1 or 2 signals, but not more than that. 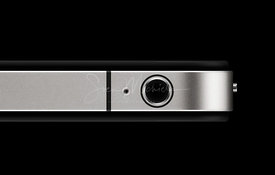 Just before my test period, Apple launched a solution for the dead grip problem: the bumper cover. Apple was prepared to deliver the bumper completely free of charge.  The tests confirm that there is no signal drop at all anymore.  A large disadvantage however is that you need to remove the bumper for almost every accessory, such as your docking station, the holder in your car or a simple sleeve!  I therefore prefer the iPhone 4 without bumper.

Apple chose (as only smartphone brand) for an integrated battery which cannot be removed. Applications like Multitasking would normally request a high demand of energy, but due to the creating of the iOS4, Apple was able to control this battery problem. However, it is good to know that most of the iPhone 4 users will need to charge their phone every night. When the iPhone is only used for text messages or limited calling, battery could last perhaps 3 days, but the other features are so attractive, that you are easily tempted to use them all!

Screen
Steve Jobs spared a lot of time in his presentation about the new screen of the iPhone 4. When you compare the screen of the new iPhone 4 with the iPhone 3GS, you will however hardly see the difference. Everything is a bit sharper, but the real difference is noticeable when you take a closer look to the pictures and videos. They have an amazing quality! 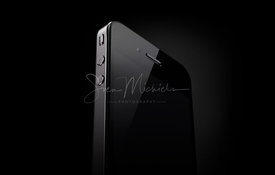 Conclusion
In one way or another, the new iPhone 4 is a huge step ahead. The display is very sharp and enough new functions and software (multitasking) are introduced to keep other brands far behind. However the multitasking function could go a lot deeper, without asking too much battery power. The hype around the “dead grip” is exaggerated.

If you own already an iPhone 3GS, the upgrade to 4 is, financially, overkill. If you own an earlier version (iPhone 2G and 3G), the improvements are more significant and the financial cost is less overkill. The 16GB version is sold on the Belgian  market for 640 Euros and the 32GB version is yours at the price of 750 Euros.

Without any doubt, the iPhone 4 will be Apple’s new large success all over the world! 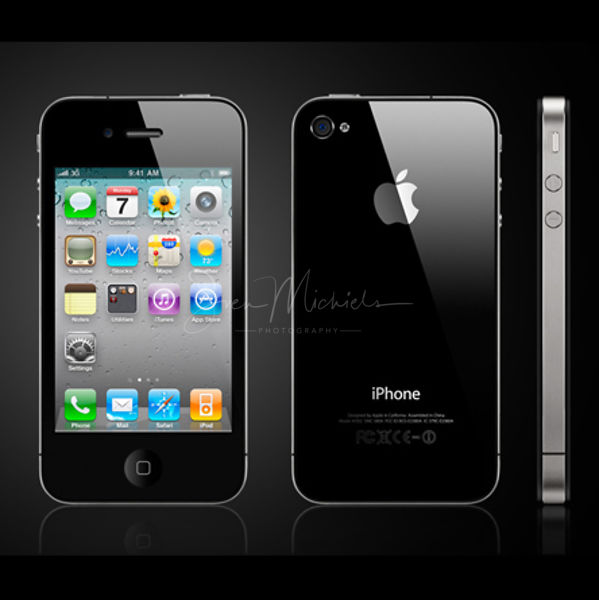