Finally, Apple launched the iPad 2! In the last couple of weeks, I have been able to test it extensively and give you my personal comments in this review.

Packaging
As we are used to from Apple, this product is sent in a rather small snow-white box with a large picture of the iPad. At the side the word "iPad" is clearly mentioned. When opening, the Apple styling remains as always: the iPad is on top and below as usually, you’ll find the familiar box with manual, warranty specifications, dust cloth and two Apple stickers. After having taken this out, you’ll find the charger.

Design
Once I took a close look to the iPad 2, I immediately noticed the following points: this tablet has a very slim design, rounded corners and giant screen. The format of this tablet is big enough to use, but it is certainly not to big to handle it on the road. The weight is great! You take this tablet as if it was a pocket book ...

As I never have been an iPad user, I will not make too many comparisons with the previous version. What I did hear, was that it was easier to connect the dock connector on the previous version. This is probably because this version has sloping sides, so I think this could only be a matter of habit.

Models
You can buy the iPad2 in 12 versions! First you have to make a color choice: black or white. Then you can choose the storage you want, namely 16, 32 or 64GB and finally you have to decide if you want to go for only WiFi or WiFi + 3G.

The three choices are all very personal. So I will just give you my personal opinion again:

A must is the smart cover. This makes a good product become a wonderful product. And I must admit, I do love the red leather version.

Speed
The processor of the iPad is a dual-core processor 1 GHz A5, which I would call "quick". iOS 5 runs very smoothly . All Apple standard app’s: Safari, Mail, Calendar open smoothly and all operations are performed without any problems. Even with apps from the App Store, nothing got stuck. I'm not really a "gamer", but the game "Asphalt5" requires f.i. some processing power for starting, but this is no problem at all for the iPad2. Furthermore, I wanted to test how it feels reading a newspaper on an iPad 2 and I must say it has become almost a daily habit. At breakfast, the iPad is smaller than a newspaper and gives me more space to read it. Unfortunately you can’t read newspapers for free on a iPad, even when you have a paid subscription on the paper version.

Graphics
With the powerful processor, the iPad 2 is now capable to perform much more calculations and Apple has even released a new feature: video mirroring. After buying a special cable, you can connect your TV or projector through an HDMI cable to your iPad2. So everything you see on your TV / Projector, you see on your iPad. Seems like an awesome feature, but this is new to me. 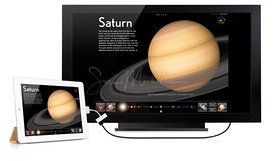 Camera
Apple first introduced the front- and back camera in the iPhone 4 and obviously continues to use it on the iPad 2. Everybody was expecting this. What surprised me however was that there is a difference in quality in both cameras! The front camera is intended only for video chatting and for this task it is working perfectly (but no more than that). Apple chose to include a camera on the back, which can shoot 720p HD video. Great for some funny results. You can also shoot pictures with this camera, but here, the photographer in me stays a bit disappointed. Maybe my expectations are just too high for this kind of products.

Yellow spots
On the Internet, there are several reports circulating about the yellow spots which would appear at at the edges of the screen, but I could not find any on my test device.

iOS5
A few days ago, Apple finally came up with their new operating system for the iPod Touch, iPhone and of course for the iPad. As I haven’t had enough time to fully test this (a separate review of iOS5 will follow later), I'll discuss this only briefly.

The new features on iOS 5 work very smoothly on the iPad2. Notification Center is one of the new features. You need to get used to it, but imagine that you are typing an email and suddenly there is a new text message popping up in the middle of the screen. Now, you will just see a small bar popping up at the top without disturbing any other program.

Camera apps in the appstore were far from rare. The reason was simple: the functions in the default camera app were too limited! Again, Apple offers a solution and now standard allows crop, rotate, little color corrections and even small edits.

Finally, Safari was also introduced with a strong update. Apple's Internet browser is now working with tabs and you can read a page without all the promotions simply by clicking on the "Reading List" button.

Smart Cover
Together with the iPad2, Apple launched a new kind of protection. The smart cover is available in several bright colors and some neutral leather versions. I received, along with the iPad2, a blue leather smart cover. As said before, this is perfectly Apple: so simple, but so good!

This cover is very thin, but also very sturdy. It serves as protection for the touch screen and can be "folded" into a small stand. Everything is held in place with the help of 31 magnets in the iPad and the cover. Keep the smart cover near the side of the iPad and effortlessly it clicks himself to the iPad and always in the right place!

The magnets also ensure that the screen is turned off when the cover closes and goes back on when the cover is lifted off the screen. If you use the smart cover fold into a triangle, you can use the iPad 2 in an inclined position, which can be very comfortable. 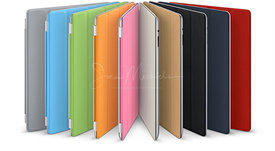 Apple tells us that the inside of the Smart Cover is made of a cleaning material, but unfortunately, I can only tell you that the screen is all the time filled with fingerprints. In fact, it creates three thick dirty strokes across your screen, just at the height where you can fold your smart cover.

Conclusion
When the iPad came out, I always thought: "It's a gadget, and the hype will blow over!" However, I began to wonder whether the product was so great. But the design isn’t beatable! It is light, compact and in no time a part of your everyday stuff. I take it to every meeting or dinner and even to my job. The quality of the cameras is perhaps disappointing, but maybe I expect too much as a photographer from the iPad2. Communication remains the strongest argument to buy the iPad2.

Ask "Should I buy an iPad2" remains a very difficult and personal question. As far as the cameras and the video mirroring, but I must admit, that I have purchased this tablet in the meantime for my mobile portfolio, for the social media and for reading my mails.

If you have family or friends living abroad, telephone calls can be really expensive! Facetime is a good and free alternative. 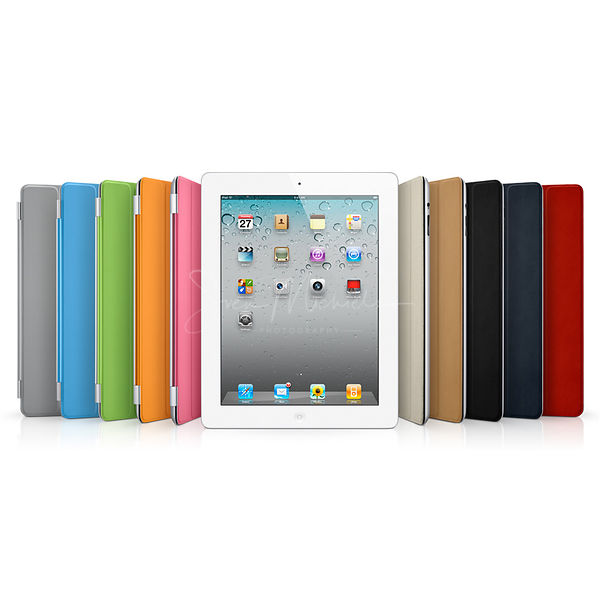